A JOURNEY INTO THE MAGIC OF THE PYRGOS DHIROU CAVES 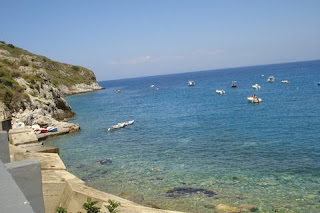 It was an unexpected treat on my travels to find how easy it was for me to reach the fabulous Pyrgos Dhirou Caves from Gythion.   This is a major attraction in the Mani, known as the Spilea.  This is one of the world's largest and most enchanting caves. 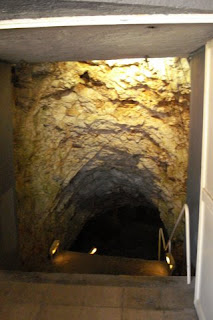 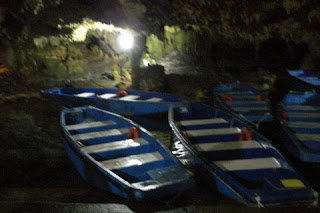 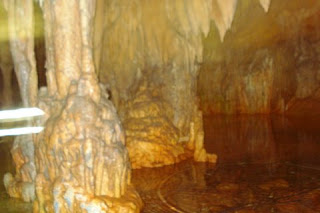 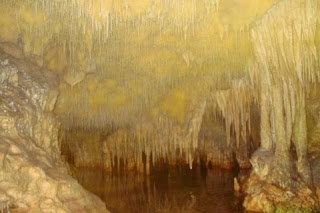 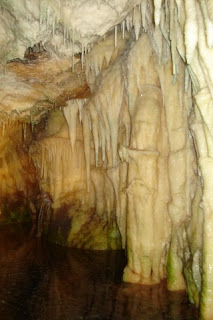 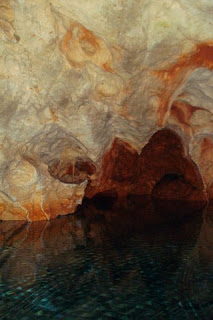 The tour ends with a short walk through the Alepotrypo Cave area that is like stepping into a Gothic cathedral with huge chambers that drip with stalactites like melting wax. 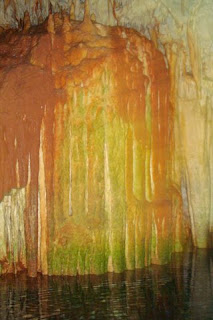 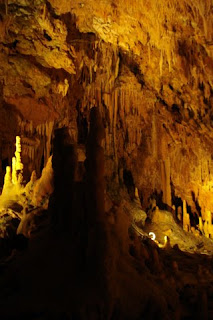 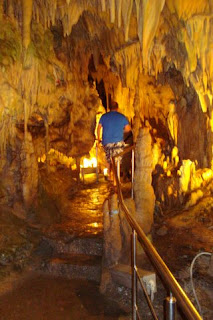 Excavations here have unearthed evidence of prehistoric occupation.  The caves were discovered around 1900 but no-one suspected what wonders were hidden in its interior until 1949 when Greek the Speleological Society began to investigate. These caves were formed hundreds of thousands of years ago.  The stalactites and stalagmites that are now beneath the water were formed when the sea level was much lower than today.  Stalactites have been found at a depth of 71 metres.  Inside the cave they have found fossilized bones of panthers,hyenas, lions, deer, ferrets and the largest collection of hippopotamus bones in Europe.  Pottery has also been found near the natural entrance to the cave, indicating the presence of prehistoric men. 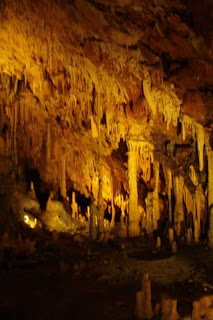 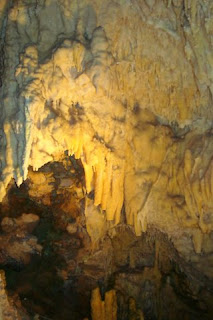 I took lots of photos inside the caves.  It was one of the most outstanding places I've seen and made my trip to the Mani all the more worthwhile. 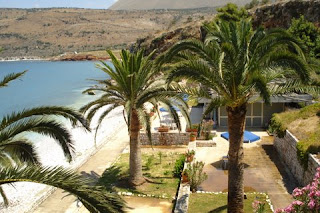