I've been to Cardiff, Wales many times and frequently I've walked by the long stone fence outside of Cardiff Castle, intrigued by the crouching animals that hang over the fence. This Animal Wall was built along the south side of the castle during the 19th century,and decorated with statues of animals as well as a Swiss Bridge that was erected over the river by the West Gate.  It wasn't until this summer that I ventured beyond the wall and through the main gate into the castle grounds. 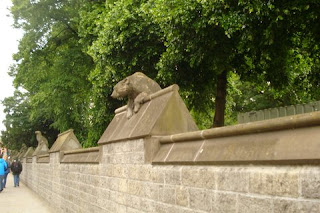 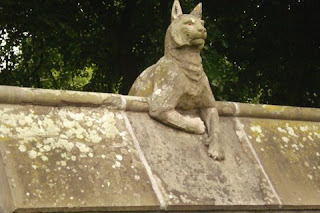 Cardiff Castle (Castell Caerdydd) is located in the Castle Quarter of the city. It is a medieval castle and a Victorian Gothic revival mansion. The original moat and bailey castle was built in the late 11th century by Norman invaders on the site of a 3rd century Roman fort.  It was either William the Conqueror or Robert Fitzhamon who commissioned the castle. It formed the heart of the medieval town of Cardiff. By the 12th century the castle was rebuilt in stone with a shell keep and defensive walls and further work was conducted in the second half of the 13th century by Richard de Clare. During this time the castle was repeated involved in conflicts between the Anglo-Normans and the Welsh. It was stormed in 1404 during the Owain Glyndwr rebellion. 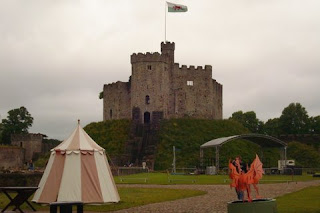 There's lots to see inside the castle walls. Besides a museum you can wander the landscaped gardens and explore some of the old Roman ruins as well as climb up the keep and get a good viewpoint of the whole area. One of the most interesting parts is the Victorian mansion once owned by the Bute family who made their fortune from the cold mines of Wales. 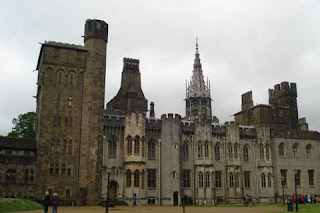 The castle 'house' was remodeled in 1868 by the third Marquess of Bute who engaged architect William Burges to remodel the castle in medieval Gothic Revivalism style. A 150 ft (46 m) high Clock Tower was constructed of ashlar stone. it formed a suite of bachelor's rooms, a bedroom, servant's room and the Summer and Winter smoking rooms. The rooms were decorated with gildings, carvings and cartoons depicting the seasons, myths and fables.  Other rooms were added including the Arab Room, the Chaucer Room, the Nursery, the Banqueting Hall, bedrooms for Lord and lady Bute and magnificent Library. 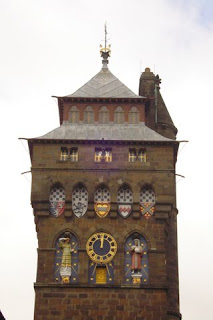 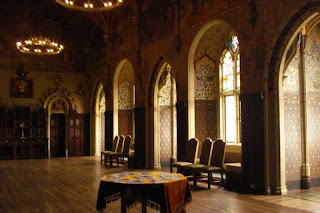 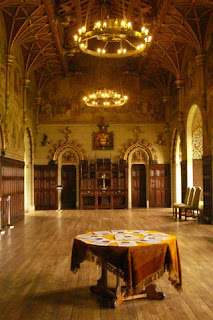 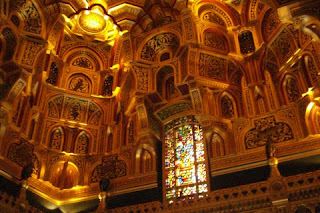 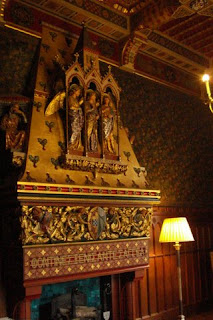 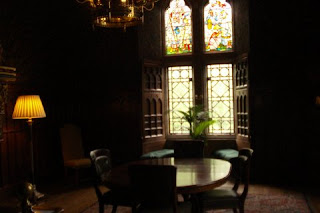 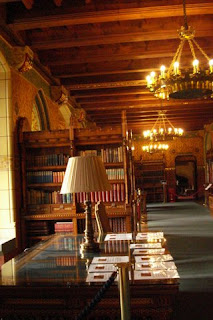 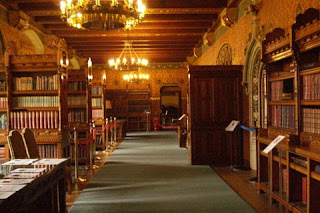 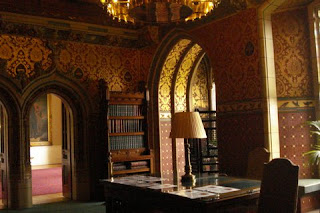 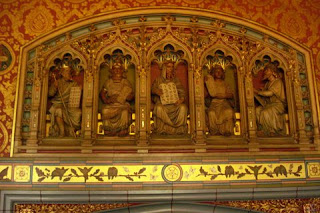 Work was also carried out on the castle grounds when the remains of the old Roman fort were uncovered. new walls in a Roman style were built on the foundations of the originals complete with a reconstructed Roman North Gate. The grounds were planted with trees and shrubs. From the late 18th century until the 1850s the castle grounds were open to the public but later restrictions were imposed. Today the castle belongs to the city of Cardiff and is run as a tourist attraction. it also serves a a venue for events including musical performances and festivals. 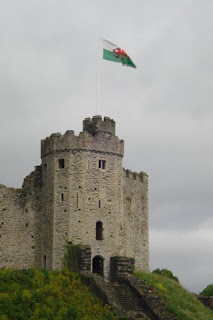 I spent a good part of one morning browsing around the castle, especially intrigued by the sumptuous furnishings and decor of the mansion.  You can read up on more of the long, detailed history of the castle at http://en.wikipedia.org/wiki/Cardiff_Castle
Posted by Wynn Bexton at 5:43 p.m.

Such nice pictures! I loved the clock tower! Cardiff is rich in history!

Thanks. for some reason the clock tower photo doesn't show up as well as it should.

Please refrain from using my blog as a place to put your free advertising.

Unknown said...
This comment has been removed by a blog administrator.
12:41 a.m.

Henry Thomas, please refrain from putting your free ads on my blogs as I will just remove them.

This is a worth reading article, your insights are impressive.

This is a worth reading article, your insights are impressive.