THE ROVING REPORTER AT THE 2010 WINTER OLYMPIC GAMES 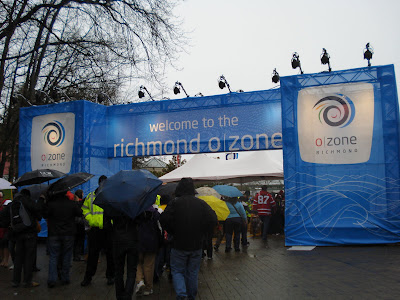 I've been on the go for the last week taking in as many of the 2010 Winter Olympic venues and events that I could manage, besides the six classes I instruct during the week. So there hasn't been much time for blogging. However I will try to catch up soon. Meanwhile, you can read all the stories I have been posting for Planet Eye Traveler here: www.planeteyetraveler.com/travel/north-america/vancouver 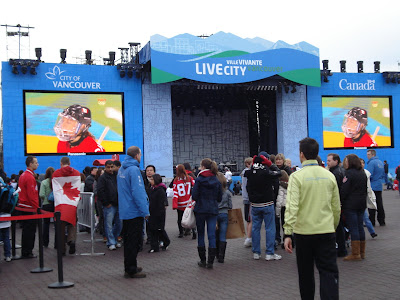 There are various Live City sites around town (these are a couple of them). They include exhibits as well as free entertainment and large screens where you can view the Olympic sports events. The crowds are enthusiastic and it's a really fun experience going around to all the sites. There was rain for the opening, but since then the weather has been perfect with warm temperatures and sunshine. There were some problems with lack of snow on the local mountains, and with fog at Whistler where the skiing, luge etc take place, but in all I think the Games have been successful in spite of bad press by some foreign correspondents (mainly the Brits!) 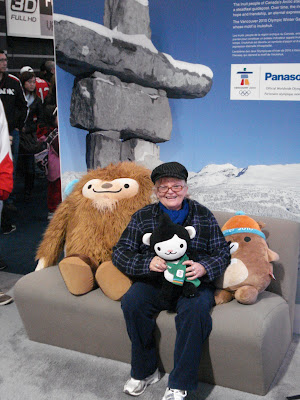 Here I am posing with the Olympic mascots. I am impressed by the level of enthusiasm shown by everyone, the spontaneous bursts of "O Canada!" and the excitement and good will shown throughout the city. Another week to go and lots more to see and do. Last night I was thrilled to be invited to attend one of the medal award ceremonies at BC Place. So I'll be posting more stories and news during the week, and hope to catch up blogging soon!