NOW I'M HOME AGAIN, SOME TIPS FOR TRAVELERS TO ATHENS

I've been home two weeks now, and I'm finally over jet-lag and culture shock, and right back into my daily routines of instructing writing classes, getting my own writing caught up and reminiscing about the seven weeks I spent abroad.  I have a treasure-trove of wonderful memories and a lot of excellent photos to remind me of those lovely, sunny (sometimes too hot!) days in London, Wales, Germany and Greece.

Today I got a message from a traveling writer friend who just returned from Milan.  She said her husband had his pocket picked in Milan and lost his money, credit cards etc.  This reminded me of a warning I wanted to pass on to future travelers to Europe, and in particular Athens.  Beware of pick-pockets and purse snatchers because they are rampant in the city.  Not only have tourists been robbed, but also locals.  The thieves are watching people who stop at ATMs and banks and you are followed and accosted.  It happened to me last year right on the main street near the National Gardens. My sister and niece were following just behind me.  We had crossed the road from the bank and were heading up to see the evzones change guards at the Parliament buildings. I felt someone tap my back-pack and assumed it was my sister or niece but just then four girls accosted me, two on each side, and bumped me. I immediately pulled off my backpack to find it was open.  Fortunately my wallet was at the bottom but they had taken my gold cosmetics bag.  A short few minutes later we were in front of the parliament watching the guards routine.  People were pressing around. Again I felt someone nudge me, a woman, and immediately removed my backpack to find it was open.  I had acted too quickly for her hand to reach in and take my wallet.

Two incidents have been related to me by friends of their husbands going to the bank, being followed onto the metro and immediately jostled, and having their wallets stolen.  While I was in Athens a couple of weeks ago, the police arrested 75 Romanians who had been 'working' the metro trains and stations stealing wallets.  I also heard about a tourist in Monastiraki who had his bag snatched in broad daylight while on a crowded street.  So beware!

It is unfortunate that this is happening as when I lived in Athens and up until recent years there was very little crime there and I always felt perfectly safe.  Now it is no longer so.  DO NOT go around Omonia Square at night, and avoid getting a hotel anywhere in that area.  It is now full of drug addicts, thieves and prostitutes.  My friends who live in Athens are terrified to go near there, especially at night.  So take my advice and stay away from that area.  It might be cheaper than around Plaka, but it is very dangerous!

You must also be aware of the traffic in Athens as it is dense and speedy so watch out crossing roads.  People don't necessarily obey traffic rules.

I also found out that I couldn't wear my fancy shoes while I was there because I'd forgotten about the wonky sidewalks.  In the main downtown area it might be okay, but around Plaka and the other neighbourhoods the sidewalks are uneven, sometimes cobblestones and often with cracked pavements.  It's best to wear comfortable flat footwear.  I noticed everyone wearing beautiful thongs and sandals and that is the best bet, other than some sturdy running shoes or trainers.

There doesn't seem to be the problems with electrical wiring that there used to be.  Back when I first started to visit Greece in '79 there were some pretty dodgy wiring jobs in hotels, but that has been rectified and in general washrooms and other public places seem pretty safe.  But remember something there, you still have to put toilet paper in the bins, NOT in the toilets!  It's a bit hard to get used to a first, but you'll soon get the knack (and find  yourself doing it once you get home too!)

In general you will have a safe and happy time in Athens.  There's plenty of people around in the tourist areas, and the Greeks are friendly and helpful.  You might find it a bit disconcerting on the local beaches when you are assailed by the droves of African and Bangladesh vendors who swarm all the beaches and even the streets of the city, in particular Plaka.  When I was on the islands, I didn't notice the same problem, but in Athens it has become a bit overwhelming.  I wonder how many of them are illegal immigrants.  It's a pretty bleak way to try and make some money.

Enjoy your stay there. Athens is an exciting city and there's lots to see and do.  Just be aware of the possible 'dangers' and take care.  Best to carry credit cards and extra cash in a body wallet tucked under your clothing.  My rule is to never carry any visa or debit card on me unless I intend to use it and then make sure it's safely tucked away where preying hands cannot reach it.  And because of the incident with my back-pack, I am careful not to carry my wallet there unless it is tucked away out of reach.  Better safe than sorry! 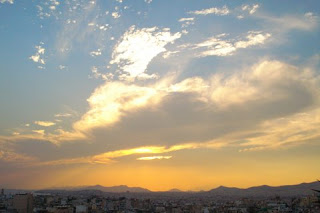