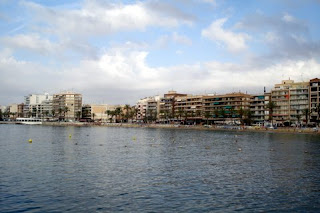 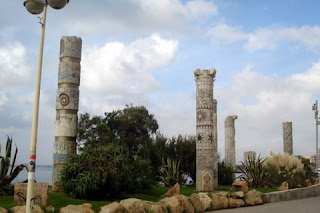 My travel writer friend Inka invited me to visit her in Spain last September. She lives in Torrvieja, a lovely seaside city on the Costa Blanca. The name of the town comes from the original ancient guard tower (Torre Vieja meaning Old Tower) which once guarded the harbour. Torrevieja was originally a salt-mining and fishing village, located between two large salt lakes, one blue/green, the other pink, caused by the pigments and algae of the salty environment. The lakes are now an official nature reserve attracting a wide variety of bird life. The main attraction are the flamingos. Up to 2000 can be seen there during breeding season. Did you know that the flamingos turn bright pink from eating the shrimp from the salty water? The salt lake at La Mata lagoon produces pyramids of salt most of which is exported abroad.

During the 19th century, salt was shipped from Torrevieja.  Salt and fishing are the major industries.
Today Torrevieja is a popular resort for holidayers from England, France, Germany and Russia. A lot of Brits have retirement homes here.

Inka and I had fun exploring the sights. On my first day there we met up with our friend Darlene Foster, a Vancouver travel writer who lives nearby. We spent an excellent day touring the pirate's island of Tabarca, a short boat trip from Torrevieja. (see my previous blog).

The city itself has various interesting historical sites which we explored including  the two main churches  - the Hermitage (new) and the Virgin of Cenception (old).


The next day we got the bus to CARTEGENA, an old historical city famous from the Punic Wars. This is where Hannibal set off with is elephants on his journey to Rome.

Cartagena has been inhabited for over two millennia, founded in 227 BC by the Carthaginians. During the Roman Empire it was known as Carthago Nova (the New Carthage) and was one of the most important cities of the time because of its defensive port, one of the most important sea ports in the western Mediterranean.  The city is now a major destination for cruise ships. 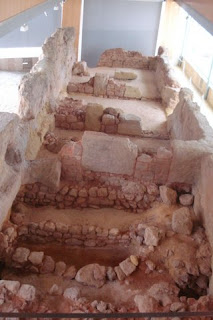 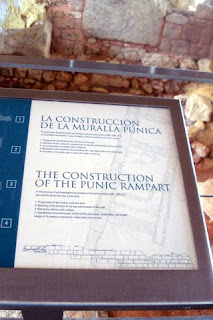 Remains of the Punic Walls

There are a number of historical sites in the city. We visited the Roman Theatre and Punic Walls as well as Phoenician, Byzantine and Moorish remains including Casa Fortuna is a lovely old Roman villa. 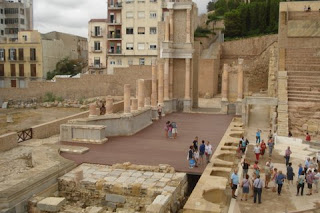 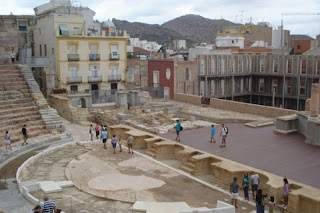 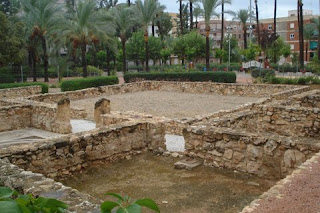 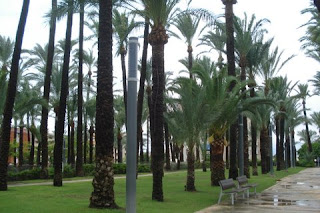 There are many things to see in Cartegena including 12 museums, several noteworthy churches and monuments as well as the archaeological sites. We walked along the Calle Mayor and admired the many beautiful art deco houses then relaxed at a cafe bar. 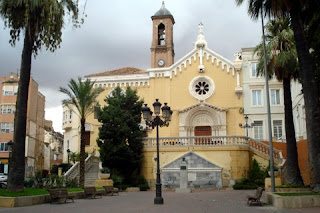 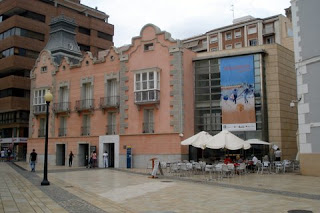 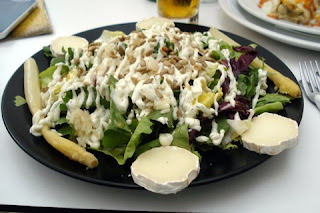 The following day we took a bus to a small city nearby, Santa Palo.  We walked through the town to see the old church and the 16th century castle. Unfortunately all the museums were closed. I'd have liked to see the Salt Museum but I did see the salt lakes and piles of salt heaped nearby. 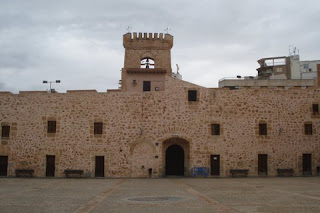 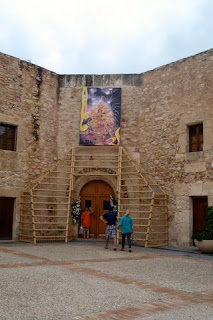 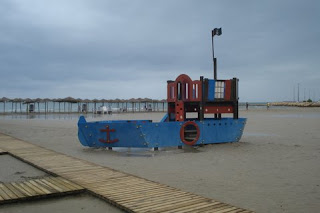 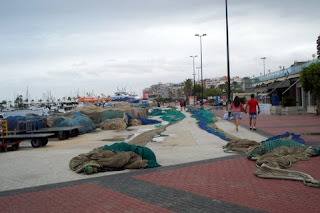 Our pleasant outing concluded with a nice lunch in a good restaurant (chorizo flambe in rum and potatoes with ali olli - garlic sauce).

It was a pleasant visit with my friend and I appreciated seeing all the sights of these interesting old cities.
The next day I took the bus to Murcia and from there, another relaxing bus journey to Malaga where I'll stay a few days visiting my friends Carlos and Natalia.