Last summer when I was visiting Greece, a friend invited me to go on a bus 'exploration' trip with a group of Greek seniors from Athens. The trip would take us across to Evvia (by the bridge to Halkida) and up over the mountains to the eastern side of the island.  Evvia is the big island that is very near the west coast of Attika.  I used to live part time in a tiny shepherd's village up in the mountain near Karystos in the south, but other than one long-ago visit to Halkida  on my very first New Years in Greece, I'd never explored the rest of the island. 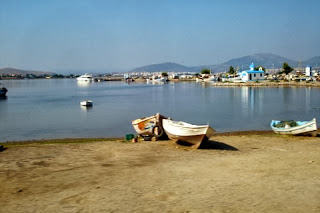 Nea Artaki
It's a pleasant bus ride from Athens and over the new bridge to Halkida, Our first stop was Nea Artaki, a pleasant sea-side town where we stopped for refreshments.  Then we traveled north-east through various small towns and remote villages. 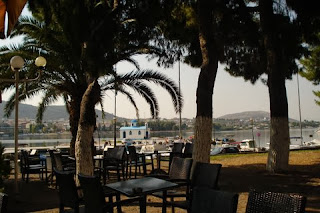 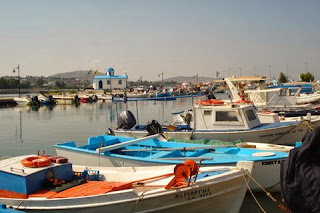 We ventured farther north and eastward through dramatic mountain scenery, through the towns of Psaxna and Kontodespoti where we stopped to visit an interesting folk museum and a beautiful old Byzantine church. 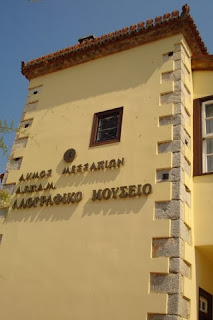 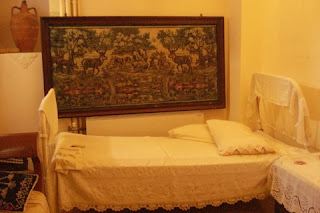 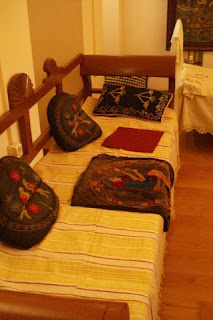 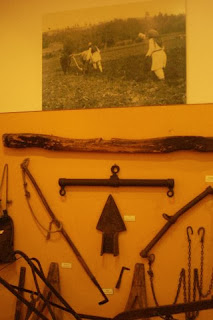 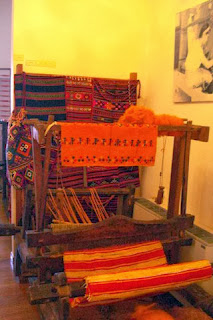 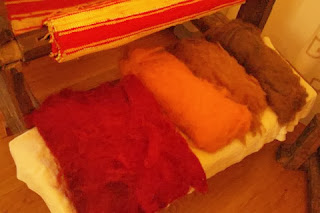 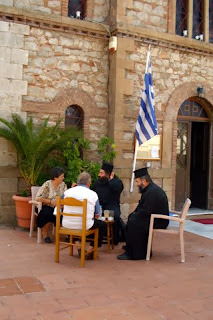 Pappas relax in front of church 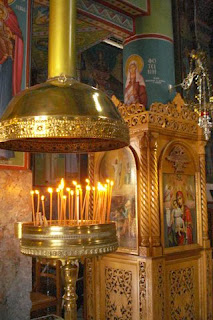 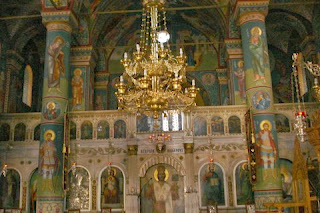 From there the bus climbed higher into the mountains and the scenery became more dramatic. The narrow road twisted up steep mountainsides with deep gorges where you got amazing vistas of the valleys below. There were lots of scary twists and turns and heart-stopping moments. In one word, "Breathtaking!" 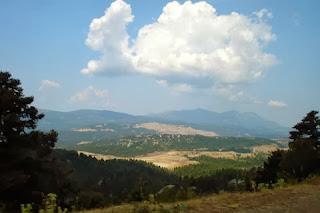 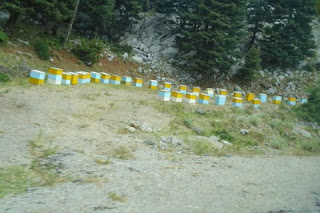 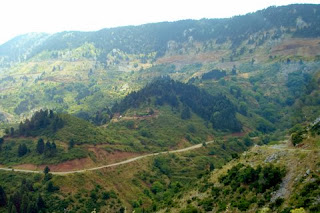 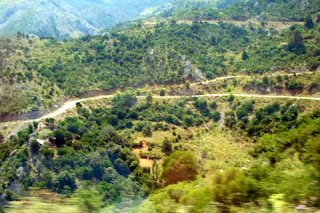 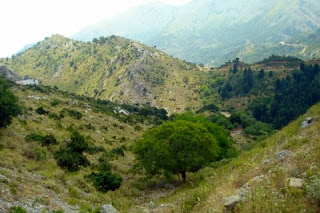 "The reason they call these trips explorations", my friend told me, "is because they go to places most tourists don't go."  Sometimes these are to remote places that are like safaris into the unknown parts of the country."

We intended to stop at a monastery high up in the hills but it was closed.  So we continued on and wound our way down the serpentine narrow highway to a small beach resort called Limonomos where we had a four hour break to rest.  The beach was sandy and the water warm so we had a refreshing swim and a huge tasty lunch at the taverna. 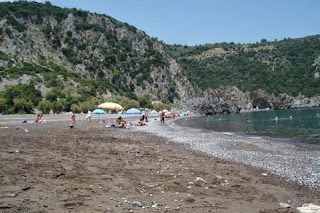 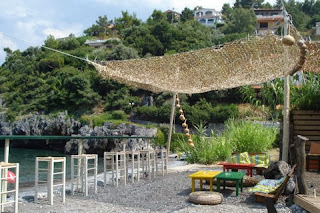 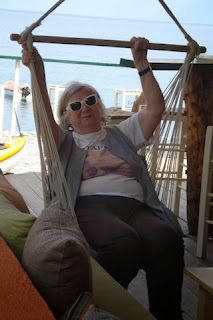 Carol tries out a swing chair 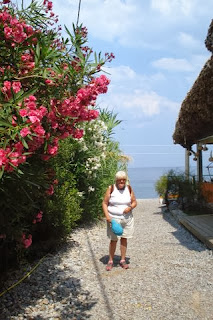 On the return trip, we stopped at Halkidi to look at the swirling current of the Euripos Channel, a tidal bore where the philosopher/scientist Aristotle once threw himself in to see if he could figure out what caused it.  Since then lots of other scientists have tried to explain this phenomena. 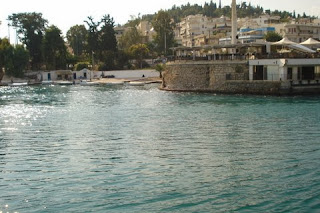 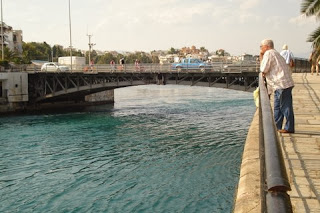 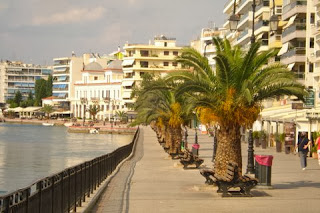 It really was an exciting day 'exploring' Evvia and a chance to see some of the beautiful island countryside. We were the only English speaking guests on the tour other than the tour guide but we enjoyed every minute of it.  All for 25 Euro.  A pretty good deal for a day tour!