A WRITER'S RETREAT ON GAMBIER ISLAND

We are fortunate here on the west coast of Canada, to have a great many islands where we can go for leisure time.  Many of the islands have permanent residents, some folks just have  summer homes, a few have B&Bs for visitors, and there are many with camp sites and organized camps for kids. 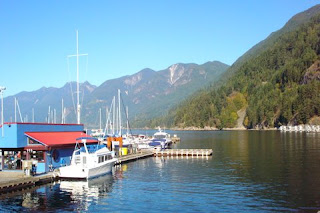 Gambier Island is one of those located in Howe Sound, near Vancouver, with easy access by either sea taxi from Horseshoe Bay or via sea taxi at Langdale. There are a number of quiet coves on the island popular with boaters. 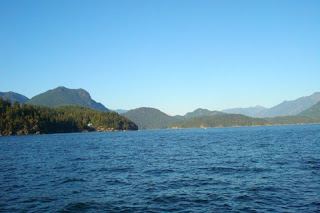 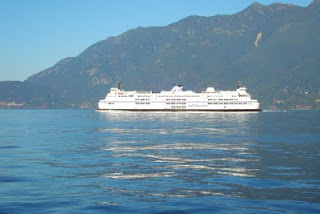 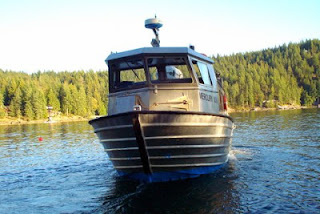 
Gambier is the largest of four islands in Howe Sound.  It's approximately twenty-five square miles with only 125 permanent residents most of them located in New Brighton, Gambier Harbour and West Bay.  There's usually more in the summer. The island currently doesn't have any commercial enterprises.  There was a general store but it closed a couple of years ago and there is one bed and breakfast. The Gambier Community Centre is the only public facility.

The Halkett Bay Provincial Park is located on the southeast side of the island.  Gambier hosts an annual "Commotion by the Ocean" blues and rock festival each summer.  It's famous for Camp Artaban, an Anglican camp for children, youth and adults and Camp Fircom, a United Church summer camp for children, youth and families, located near Halkett Bay.  At Camp Latona, an outdoor education center and youth summer camp on the north end of the island, there are hiking trails, rental for schools and private groups who want to learn about ecology.  It's also used as a corporate retreat.

The island was named in 1869 by Captain Richards, one of the British captains whose survey ships were playing the waters of the coast.  James Gambier, Admiral of the Fleet, had a distinguished career in the British name and later as Governor of Newfoundland. He also served as a negotiator of the Treaty of Ghent which ended the war of 1812 between Britain and the United States. 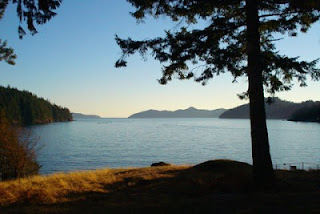 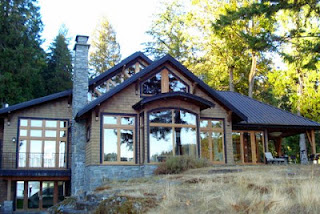 The fabulous house where we stayed.

Our WAVES writer's group was invited by the family of one of our members, to stay at their home for a weekend so eight of us set off by marine taxi laden with groceries, wine and good cheer, on a weekend to connect with the Muse.  As facilitator of the group, I chose several interesting writing prompts to get everyone inspired. One of them (posted on the wall) was a linked verse poem in the renga style — three lines of haiku (5,7,5 syllables), two lines of tanka (7 syllables) with the last line of haiku and the first line of tank linking in subject.  This was ongoing all weekend with an excellent result. 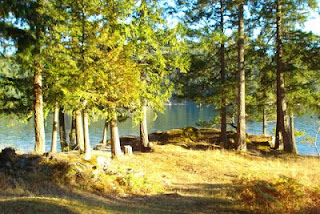 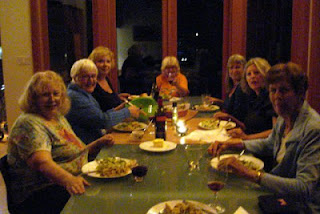 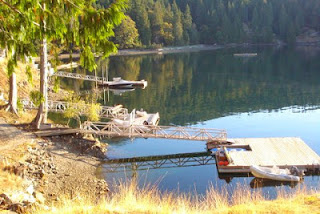 The weather was absolutely glorious so a lot of time was spent outdoors either lounging in one of the several patio areas, sitting in the hot tub, sunbathing, and yes...even swimming in the sea! (Two brave ladies did this). There were kayaks too. 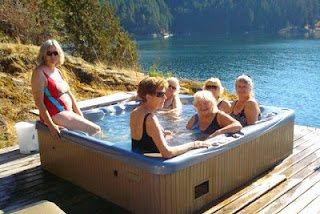 Fun in the hot tub 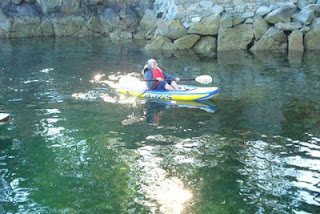 Kayaking
And on the second day we set off on a nature hike along the trail through the woods leading to a secluded beach. The idea was to find something along the trail that would spark a memory.  Then when we reached the beach we found a special place to sit, meditate and write. 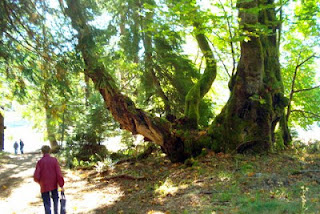 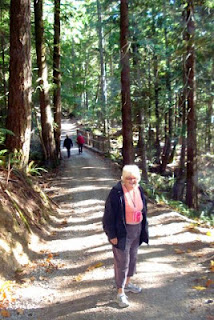 It certainly was not difficult to be inspired on Gambier.  From the deluxe accommodations to the beautiful natural surroundings and tranquility of the bay, we all soaked up the atmosphere and produced some interesting writing.  We're looking forward to going again next Spring. 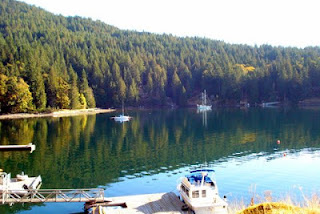 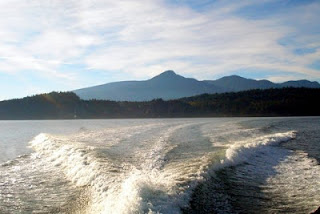