I missed this year's Festival of Lights at the Van Dusen Botanical Gardens, but on an overcast, misty day in late January I decided to visit to see what the Gardens are like in winter without all the Christmas decorations and lights. 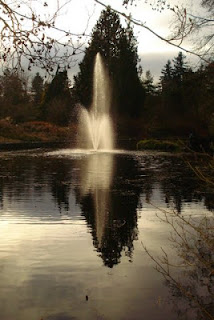 The weren't many people around on this late afternoon day so the paths were virtually deserted giving the Garden somewhat of an eerie feeling. It was so quiet as I walked the paths that I felt somewhat disconcerted, but enjoyed stopping now and then to take photos and meditate in the quietude of nature. 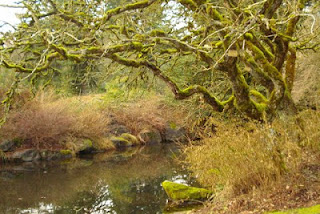 The Gardens were originally a large piece of property owned by the Canadian Pacific Railway and logged at the turn of the century. From 1912 to 1964 it was home of the Shaughnessy Golf Club. An association was formed in 1966 and the VanDusen Botanical Gardens Association was formed.  They ensured that the site would not be used for housing development. Work began on the Garden in 1971 and the Garden was finally opened to the public in August 1975. 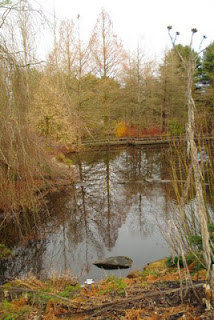 The botanical garden, unlike a park, is like a living Muse with plant collections, and various species of trees and shrubbery that are carefully cataloged and labelled. The garden also displays sculptures and other art-work from various cultures. 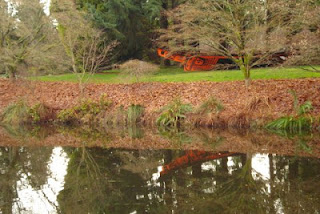 I discovered this beautiful First Nations canoe tucked away across the pond.  And at various locations around the garden you'll find other works of art. 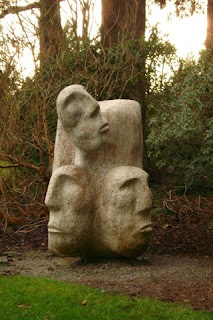 Although the flower beds were bare, I did find a flowering tree that brightened my walk along the path. 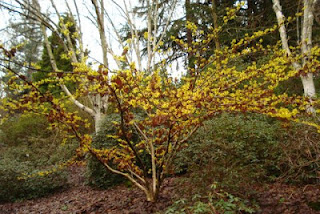 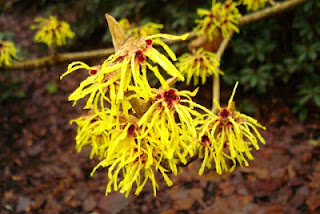 There are various themes in the Garden and this day I chose to wander through the Japanese Cherry orchard where, when it's blossom time, they hold a haiku contest. 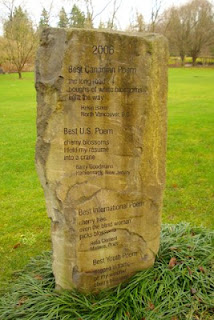 Then I walked along the path leading to the Asian part of the Garden where there is a beautiful Korean pavilion and a Japanese gateway. 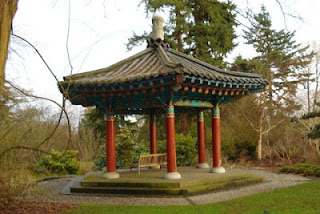 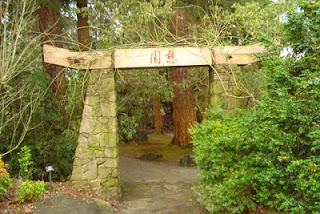 In spite of the lonely pathways and chilly weather, I enjoyed my afternoon stroll. I look forward to returning to the garden in Springtime when the flowers are budding. 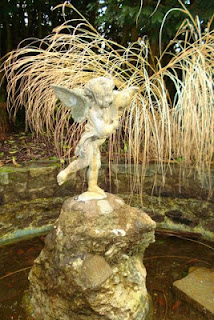 The VanDusen Gardens are open January - March 10 am to 4 pm
and more extended hours once Spring has arrived.
Admission and other information is available on their website at www.vandusengarden.org