It's time to do my preliminary travel planning. I always do this before I go on a trip so that I have some of the details already recorded of places I want to visit. This way I don't miss out on anything and also have the information I need about a place.

I'm leaving here June 8 and flying to London first. I'm hoping to explore some new areas of London and as I'll be staying in North London that will give me fresh opportunities.  On June 10 I'm taking the bus to Cardiff and Caerphilly to spend time with my cousins.  I love visiting Caerphilly, especially making my almost annual treks to the beautiful castle. As I grew up listening to my dad's stories about how he played in the castle, I always call it "my" castle. 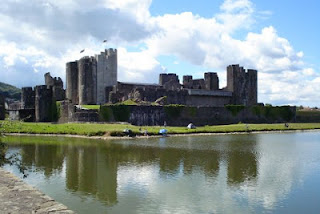 Caerphilly Castle.
While I'm in Wales this time I want to visit the Cardiff Castle again as well. And then I'm going to take a day tour to Swansea to see the Dylan Thomas sites. 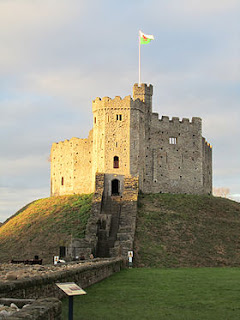 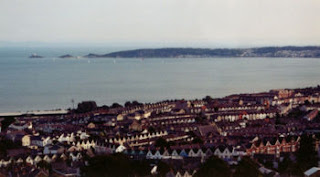 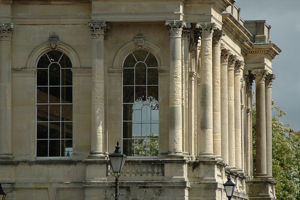 Dylan Thomas Centre, Swansea
On June 13th I'm going back to London for one night and hope to go on one of the London Walks.
I have a choice of three: "The Comic Side of London; The Ancient City at Night or West End ghost Walk.  Any of these will be fun. I usually go on at least one of the variety of walks each time in the London.
I fly to Athens on June 14, back to my 'second home' and many friends. I love Athens and look forward to seeing everyone and all the old familiar places. Whenever I'm in Greece I try to go to different areas where I have not visited before. My choice this year is the island of Zakynthos on the west coast.  I've been to Kefalonia, Ithaka and Lefkada before (and briefly once in Corfu) but never to Zakynthos. 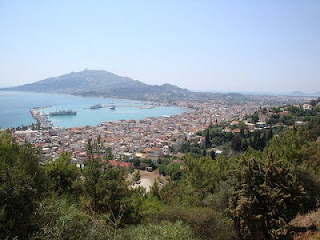 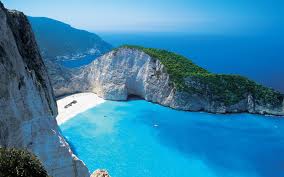 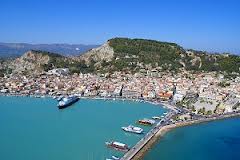 I had intended to go down the coast to visit the Palace of King Nestor (from the Iliad) but apparently it is closed for archaeological work. So instead, I may visit another part of Greece connected with the Troy Wars.  Pelion is named after King Peleus, father of Achilles. It's another beautiful area north of Athens on the east coast. From Volos there are various little villages that can be visited. And some nice beaches too. 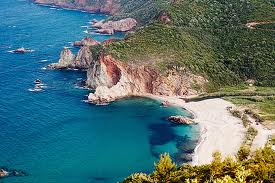 Besides these to points of interest I'll probably make my usual pilgrimage to Delphi, maybe go to Naxos again if there's time and money enough. And there are always interesting day trips out of Athens. I'm always on the look-out for more material for travel stories so I love to explore new place.
And, if I get tired of doing that, I'll hang out at the beach with my friends and spend lots of time sitting around my favorite taverna, To Kati Allo.

So keep an eye here for more blogs along the way.

Did you know that Vancouver is reputed to be the "prostitution capital of Canada"? For more than a century there's been debates about this. From 1975 - 1985 there was a vibrant, pimp-free, racially diverse community of sex-trade workers living and working in the city's West End.  These included not only females, but transsexuals and male sex workers. On and around the Davie Street area they built networks that enabled each other to keep safe. They also contributed to the neighbourhood's economic and cultural development. 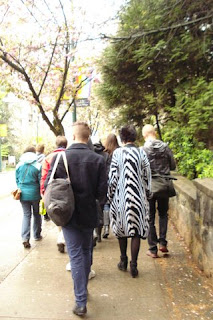 My friend Cheryl and I joined a walking tour of sex work history in Vancouver's West End put on by the Museum of Vancouver.  Our guides were Jamie-Lee Hamilton, a Canadian politician and advocate of aboriginal people who is often referred to as the Harvey Milk of Canadian politics. She was once one of the sex trade workers herself and is a member of the LGBT community.  The other guide, Becki Ross, is a professor cross-appointed in Sociology and the institutes for Gender, Race, Sexuality and Social Justice and is the author of a book "Burlesque West: Showgirls, Sex, and Sin in Postwar Vancouver"

What I didn't know is that back in 1984 a Supreme Court edit banned all sex workers from working and living in the West End, pushing them toward the Downtown East Side where 65 sex workers have been murdered since the mid - 1980's.  And until they were kicked out of the West End where they had been relatively safe, there were no pimps, few drugs and they had their own support-system to warn each other of shady characters and dangers. 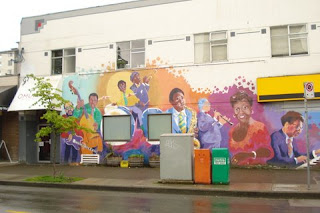 Our afternoon walks began at the Little Sister's Bookstore on Davie Street, famous for creating controversy with sexual books often banned at the US border. We walked down Hustler Row, and up to the Speakeasy Bar formerly the Columbia Inn Restaurant and Bar, the undisputed home of "hookers on Davie" where the sex workers hung out in safety and security. 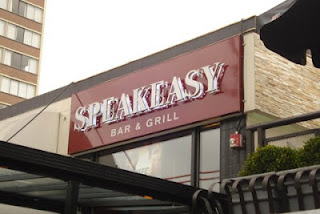 An interesting thing to note was that while the sex-trade workers were being harassed and forced out of their neighbourhood, the local churches provided sanctuary for them. This church, where today people can walk the labyrinth, was one of them. 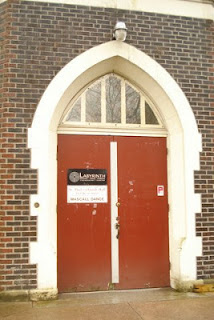 Then on to the Pumpjack Bar, formerly the Au Petit Boo and Benjamin's Cafe also an important hangout for girls and guys.  The Numbers Cabaret, popular today was the former Tropicana Night Club. Celebrities at 1033 Davie Street used to the the old Embassy Ballroom where my friends and I went dancing on Saturday nights. 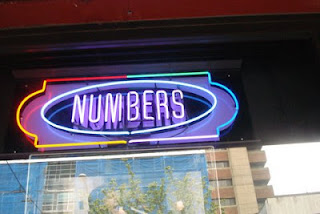 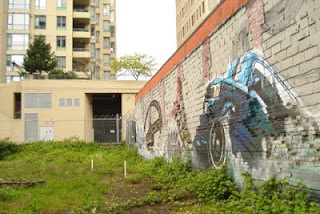 Over on Hornby Street there's a vacant lot where once the Taurus Spa was located, Vancouver's biggest and most popular bathhouse.  From there we walked down toward False Creeks where we took the Aqua Bus across to the Maritime Museum port and then walked up the the Museum of Vancouver where the two guides continued their very interesting lecture about the life and times of the sex trade workers.

We found it to be the most educational and interesting 'field trip'.  And at the Museum there is an excellent exhibit, Sex in the City, illustrating sex toys and anything else you ever wanted to know that goes on in people's bedrooms.
Posted by Wynn Bexton at 7:41 p.m. 3 comments: