Usually I like to spend two or three days in London. I love going on the London Walks which are so interesting. I've been on quite a few as well as exploring many parts of London.  But this year I will only have one day there and by the time my flight comes in from Athens it will be too late to join a London Walk. So, I have decided to explore another place that sounds very intriguing to me and probably worth a good travel story. 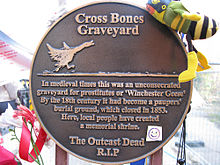 CROSSBONES GRAVEYARD located a short walk from Shakespeare's Globe is the site of an old burial ground with an extraordinary history. For centuries it was the burial place of outcasts, sex workers and paupers.  The idea of a "prostitute's graveyard" intrigued me. I wonder if some of Jack the Ripper's victims could be buried there?  (I've previously made the Jack the Ripper Walk in London and it was one of the most memorable walks.) 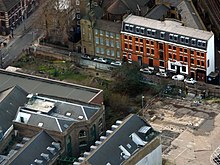 According to local lore, Crossbones was once the final resting place for Winchester Geese, medieval sex workers licensed by the Bishop of Winchester to work in the brothels of The Liberty of the Clink, which lay outside the law of the City of London. By the time it was closed in 1853 Crossbones held the mortal remains of an estimated 15,000 paupers. 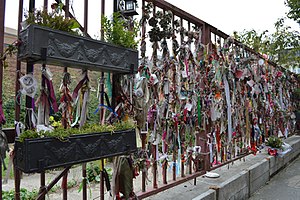 Part of it was dug up in the 1990's during work on the tube extension line. In 1996 the writer John Constable had a vision which revealed the secret history of Crossbones, the inspiration for The Southwark Mysteries  a collection of poems, plays and esoteric lore performed in The Globe and the Cathedral. A shrine was created at the red iron gates in Redcross Way dedicated to 'the outcast deat'. It is now a garden of remembrance.
Posted by Wynn Bexton at 3:29 p.m. 339 comments:

One thing I like to do whenever I go to Europe is to stop in Germany to visit my friend Patrick.  He lives in the lovely city of Mainz and it's always a pleasant stop-over in my travels. 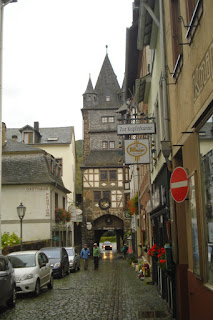 There's always a lot of adventures waiting and Patrick likes showing me around the city as well as other places nearby. Sometimes we travel by train to see the sights.

This trip we'll take the train to the little village of Zetting, just across the border in France.  It was once part of Germany.  There is an 1000 yr old Romanesque Church there that Patrick wants to show me. (Patrick is a talented organist and plays the pipe organ in various churches in and around Mainz).
We're going to visit his mother, Hanna (Anna) who lives there.  I have met her before and she even came to Canada to visit when Patrick lived here. So it's going to be a very nice reunion.  Patrick says we are invited to go with Hanna and her husband to sample a delicious French meal!
I'll only be in Germany a few days, but as always it will be a great adventure and lots of fun seeing my friends again! 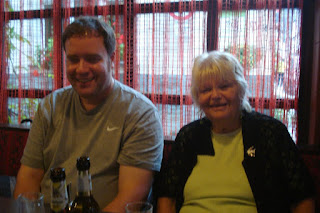 Every time I go to Greece I try to visit some sites that I have never been to before.  There are so  many choices, so many islands, archaeological sites, interesting towns and beautiful beaches!  The choices are so many it makes it tricky trying to make plans that will not be complicated and too expensive -- and also fit in with the length of time I'll be in the country.

This year I have made a 'tentative' plan -- one that should work fine, making sure ferry and bus connections are suitable.

From NAXOS island I plan to take the ferry to HERAKLION, CRETE.  I visited there last trip and spent several days sight-seeing and exploring the archaeological site of Minoan KNOSSOS.

This time, I'll stay a day or two in Heraklion  and visit the Minoan site of KNOSSOS again and then take the bus to ELOUNDA.


From Eloudi I can get a boat for a day trip to the former leper's island, SPINALONGA. This was once a Venetian stronghold during the Turkish invasion and eventually became a leper colony, occupied until 1957.

From Elounda  I also want to visit another Minoan site at GOURNIA. It's one of the most completely preserved Minoan towns,  perhaps not quite as impressive as the palace site of KNOSSOS, but still an important archaeological site showing the lives of ordinary people  3500 years ago.

Hopefully there will be a bus from Elounda but if not I can get there from Agios Nikolaos which isn't too far away. I've always been fascinated by the MINOANS and my friend and mentor, Dr Jack Dempsey, (from US but now living near Heraklion) will hopefully give me some good info and tips about this site.

After this little jaunt I'll go back to Heraklion and from there get the ferry over to the island of MILOS.
this is a fascinating little volcanic island with chalk-white rock formations, hot springs and good beaches.  I'm hoping to spend a few days there exploring before heading back to Athens.

There are several places that I will make a return visit to this year on my visit to GREECE.

One if my favorite island, NAXOS, where I love to go every year to stay at Maragas Beach in the bed tents.  The people there know me as I go so often, and always make me feel so 'at home'. 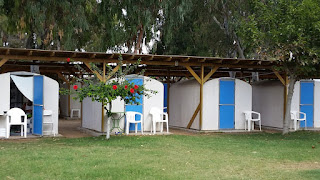 MARAGAS CAMPING
Besides the bed tents there is tenting, RV spaces and also cabins to rent.

There's a coffee shop, taverna and mini market. The beach there is fabulous.  And there is a convenient bus service into town. 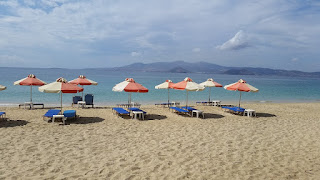 I'm starting to make my travel plans for my trip to Europe, leaving here August 27.
My first stop will be Frankfurt and Mainz where I will visit my friend Patrick. Later we will cross over into France to visit his mom. 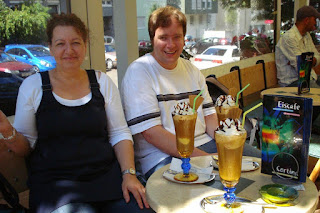 After visiting Germany for a few days, I'll fly to Athens and spend some time with friends before heading up north to Thessaloniki for a short visit. 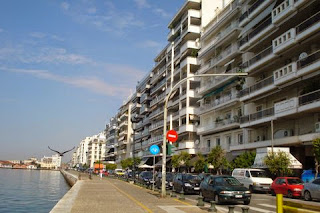 While there I always enjoy the walk along the sea front to the statue of Alexander the Great where I must pay homage.
\ 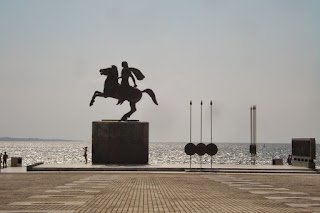 I am planning a trip to Pella for the day for research purposes.  Pella was once the Royal City of Macedonia in the time of Philip II and Alexander.  I have used it in a setting for my current work-in-progress and would like to do some fact-checking for accurate setting details. 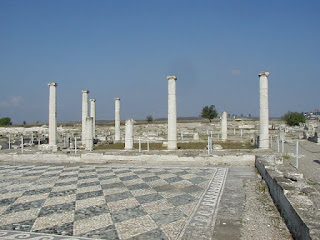 I haven't quite decided whether to go to Halikidiki and instead I might go on an all-day boat trip that takes you around Mount Athos, the holy peninsula where no women are allowed to set food. At least Id get to see it from the boat and it should be a lovely day trip to make. 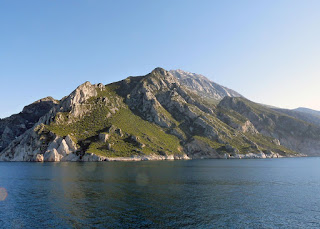 I'll add more of my travel plans as I get them made.  One place I'd really like to visit on a day trip is the site of the famous \Battle of Chaeronea, where Alexander, age 18 on his first major battle campaign, leading the cavalry, defeated the Theban Sacred Band.  I've been there before some years ago and would like to see it again for the sake of research for my novel. 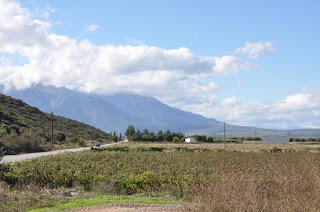