The Battle of Thermopylae:  This famous battle was fought in 490 BC between an alliance of the Greek city states, led by King Leonidas of Sparta, and the Persians, led by Xerxes 1.  The battle took place over three days. 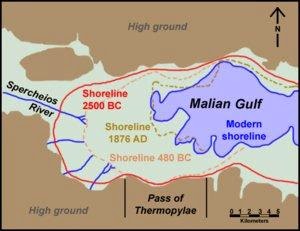 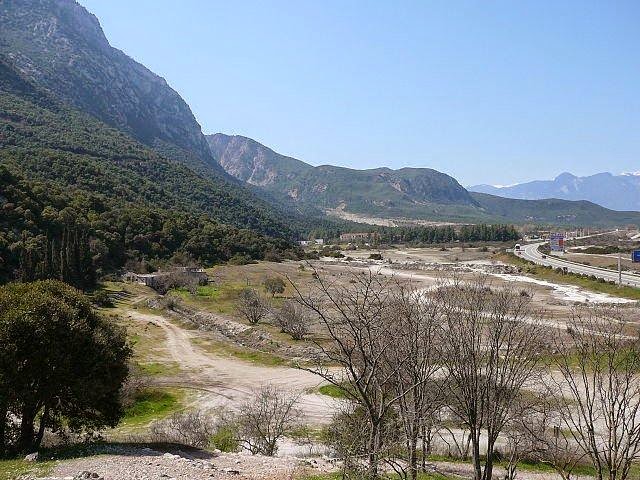 The Greek force of approximately 7,000 men marched north to block the pass of Themopylae, which would simultaneously block the Persian navy at the Straits of Artemisium. According to some sources the Persian army was said to have numbered over one million but was likely much smaller (perhaps 1000,000 and 150,000).  The Greeks arrived at the pass some time in late August or early September and managed to hold off the Persians for seven days before the rear-guard was annihilated. During two full days of battle, a small force of Spartans lead by Leonidas blocked the road through the pass so the Persians could not enter. After the second day they were betrayed by a local resident named Ephialtes, who showed the Persians how to access the pass by a different route thereby cutting off and trapping the Greeks. Brave Leonidas, knowing that they were outflanked, sent back the bulk of the Greek army and stayed, with his 300 Spartans, 700 Thespiasn, and 400 Thebans to defend the pass. Most them, including the 300 Spartans, were killed. 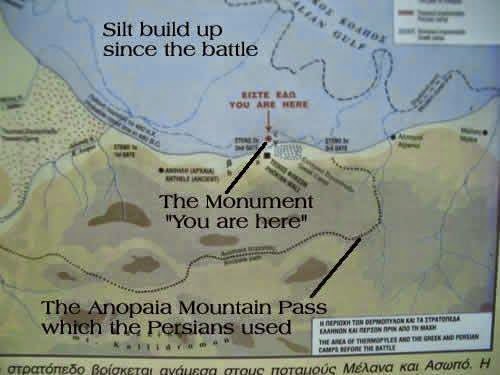 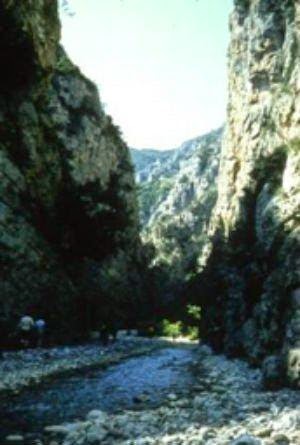 The Pass
Because our trip to the islands had been hindered by bad weather, after our bus tour group left the spa resort at Kamena Vourla, we were treated to a side-trip Thermopylae, known for its hot springs. 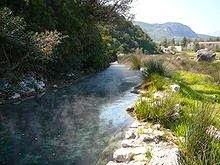 Thermopylae, known for its hot springs. It was also called the "Hot Gates"

The day we were there

We stopped  view the monument in honour of Leonidas and his brave Spartans, and a visit to the small museum where you can view videos explaining the whole battle. 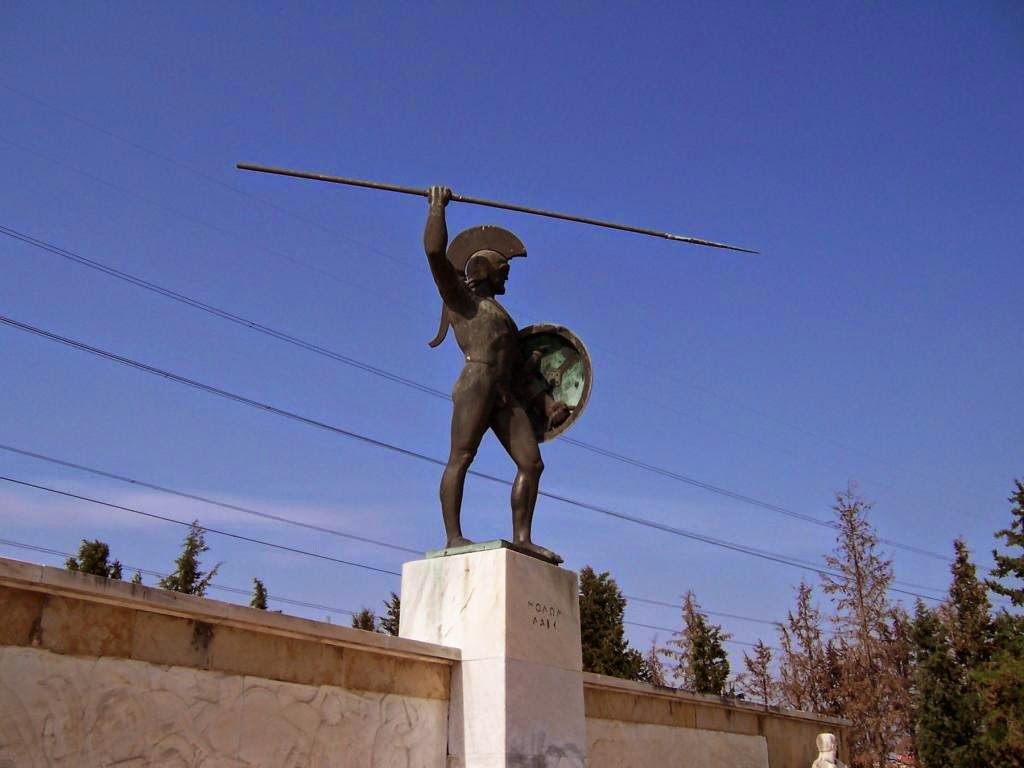 Statue honouring Leonidas and the Spartans 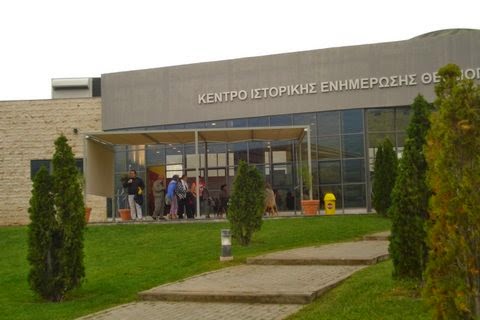 Thermopylae Museum
There was also an amazing exhibit of helmets from bronze age to Classical and Hellenic eras.  The artist who made them was there to explain each one.  There were also interesting murals of battle scenes and other artifacts on view. 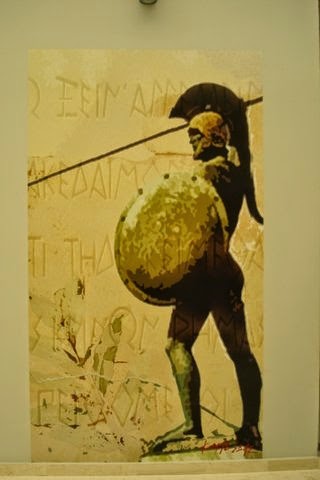 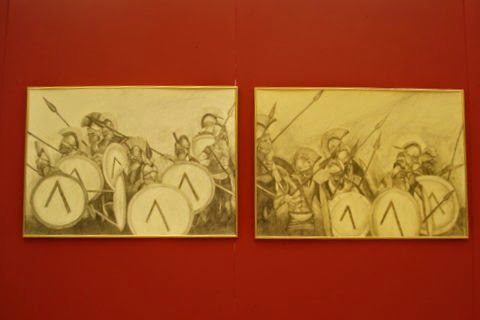 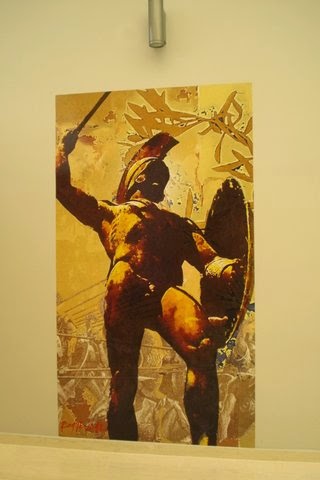 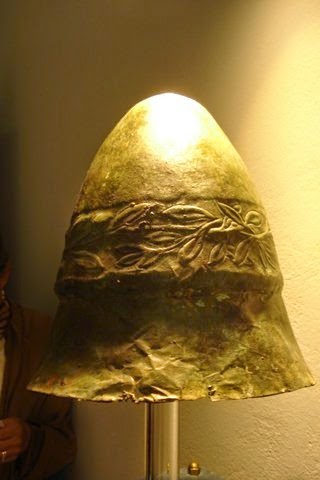 One of my favorite novels is 'GATES OF FIRE" by Steven Pressfield, who has been very supportive of me and my writing of Shadow of the Lion.  This book tells about the famous battle of Thermopylae and the life of the Spartans. I've also had the privilege of visiting Sparta on a couple of occasions. Although there are few ruins left it is interesting to see the location of their city. There is also a fine statue honouring Leonidas.

I was quite thrilled to get the chance to visit this new museum and if you are interested in this period of Greek history, I recommend you make the journey.  Up in the entrance to the pass there is also a monument to the 300 Spartans which I have seen on occasions when I took the bus from Northern Greece to the south.
(* note: some of these photos are from internet sources.)

Treks Himalaya trekking tours Operators takes you that further way to guarantee for Trekking in Nepal that you has an unforgettable Trek in Nepal that you have been dream with Acute trek is part of your choice for Nepal Tours. We have your choose of Nepal Trekking for 3 days to 30 or more days it depending of your timetable, sleep under lodges or tent. We always respect our duty to constantly your Nepal Holidays satisfaction. Whether you are looking for gateway Travel in Nepal, a memorable Hiking in Nepal outing with a family or an exciting nature Tours in Nepal with Acute Trek Pvt. Ltd. We offer you with the best progressive information during your Nepal Travel and itinerary leading focused in Tours Trekking in Nepal and modified as per your requirements of Holidays in Nepal. It is significant Treks Himalaya to memorize, though, it necessitate an enough level of physical homework and must remembers that there is also a psychosomatic assurance walking and Trekking in Himalaya. Acute trek is an attempt to encourage Adventure Trekking in Nepal to the exterior world while striving to defend an aged tradition as well as conserve the surroundings for generation to come Tours Trekking in Nepal. We are specialize in organize Nepal travel activities excursion such as:- Trekking, Helicopter Tour, Peak Climbing, Mountain Flight, Honeymoon Tour, Sightseeing, Rafting, Jungle Safari, Pilgrim’s Tour, Hotel Reservation, Air Ticket, Tibet and Bhutan Tour many more.

Isn't it a little inappropriate to try and advertise treks to Nepal under the circumstances of the recent disaster there? This blog is not intended for free advertising.

Nice post.Thanks for sharing this in your blog

Thanks for the information, If you write on meet and greet at Luton that’s good for users as well.

This is a worth reading article and your insights are impressive.

Very significant Information for us,
I have think the representation of this Information is actually superb one.
This is my first visit to your site
online shopping in pakistan